Staff member
Title: An Officer and a Gentleman (1982)


Tagline: Life gave him nothing, except the courage to win...and a woman to love.

Plot: Zack Mayo is an aloof, taciturn man who aspires to be a navy pilot. Once he arrives at training camp for his 13-week officer's course, Mayo runs afoul of abrasive, no-nonsense drill Sergeant Emil Foley. Mayo is an excellent cadet, but a little cold around the heart, so Foley rides him mercilessly, sensing that the young man would be prime officer material if he weren't so self-involved. Zack's affair with a working girl is likewise compromised by his unwillingness to give of himself. 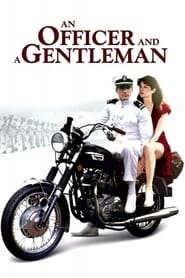