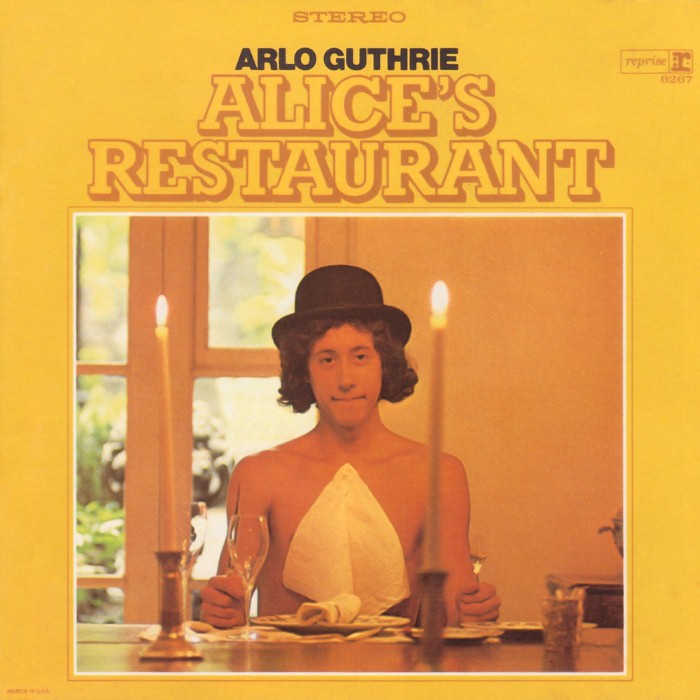 Overview:
Alice's Restaurant is the debut album by Arlo Guthrie released in September 1967 by Reprise Records. It features one of his most famous songs, "Alice's Restaurant Massacree". A steady seller, the album peaked at #29 on the Billboard 200 album chart on the week of March 2, 1968.

In 1996, Guthrie recorded the same material live for the album Alice's Restaurant: The Massacree Revisited.

Staff member
A local Philly radio DJ, Pierre Robert, has made it a Thanksgiving tradition to play Alice's Restaurant by Arlo Guthrie every year. He has done for decades and now for some folks it is a tradition to listen to him playing the vinyl version of the song as much as it is to have turkey & stuffing.

Robert usually plays the song at 10AM, noon, and 2PM. Yep, the full original 18 minute song played live on the air by an actual DJ off of a vinyl record.

He has been with WMMR 93.3 in Philly since 1981 and, besides creating a new Philly tradition, he himself has become part of the local pop culture thanks to his throwback hippie-like vibes. If you're lucky enough you just might spot his "Minerva" VW van rolling around town.