Plot: Rudy, an American of Hispanic descent, whose south-of-the-border looks show him no mercy during an immigration raid in a migrant worker factory. As his luck goes, he is caught with neither money nor his ID and is deported to Mexico - without speaking a word of Spanish! 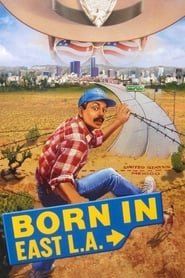