Plot: Brewster, an aging minor-league baseball player, stands to inherit 300 million dollars if he can successfully spend 30 million dollars in 30 days without anything to show for it, and without telling anyone what he's up to... A task that's a lot harder than it sounds! 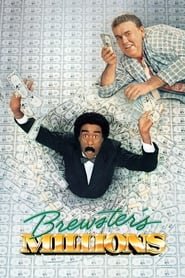