Tagline: Ronald is making an investment in his senior year. He's hiring the prettiest cheerleader in school to be his girlfriend.

Plot: Nerdy high schooler Ronald Miller rescues cheerleader Cindy Mancini from parental punishment after she accidentally destroys her mother's designer clothes. Ronald agrees to pay for the $1,000 outfit on one condition: that she will act as though they're a couple for an entire month. As the days pass, however, Cindy grows fond of Ronald, making him popular. But when Ronald's former best friend gets left behind, he realizes that social success isn't everything. 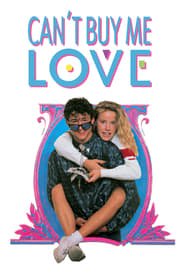