The Chernobyl disaster was a nuclear accident that occurred on 26 April 1986 at the No. 4 reactor in the Chernobyl Nuclear Power Plant, near the city of Pripyat in the north of the Ukrainian SSR in the Soviet Union. It is the worst nuclear disaster in history both in cost and casualties. It is one of only two nuclear energy accidents rated at seven—the maximum severity—on the International Nuclear Event Scale, the other being the 2011 Fukushima Daiichi nuclear disaster in Japan. The initial emergency response, together with later decontamination of the environment, involved more than 500,000 personnel and cost an estimated 18 billion Soviet rubles—roughly US$68 billion in 2019, adjusted for inflation. 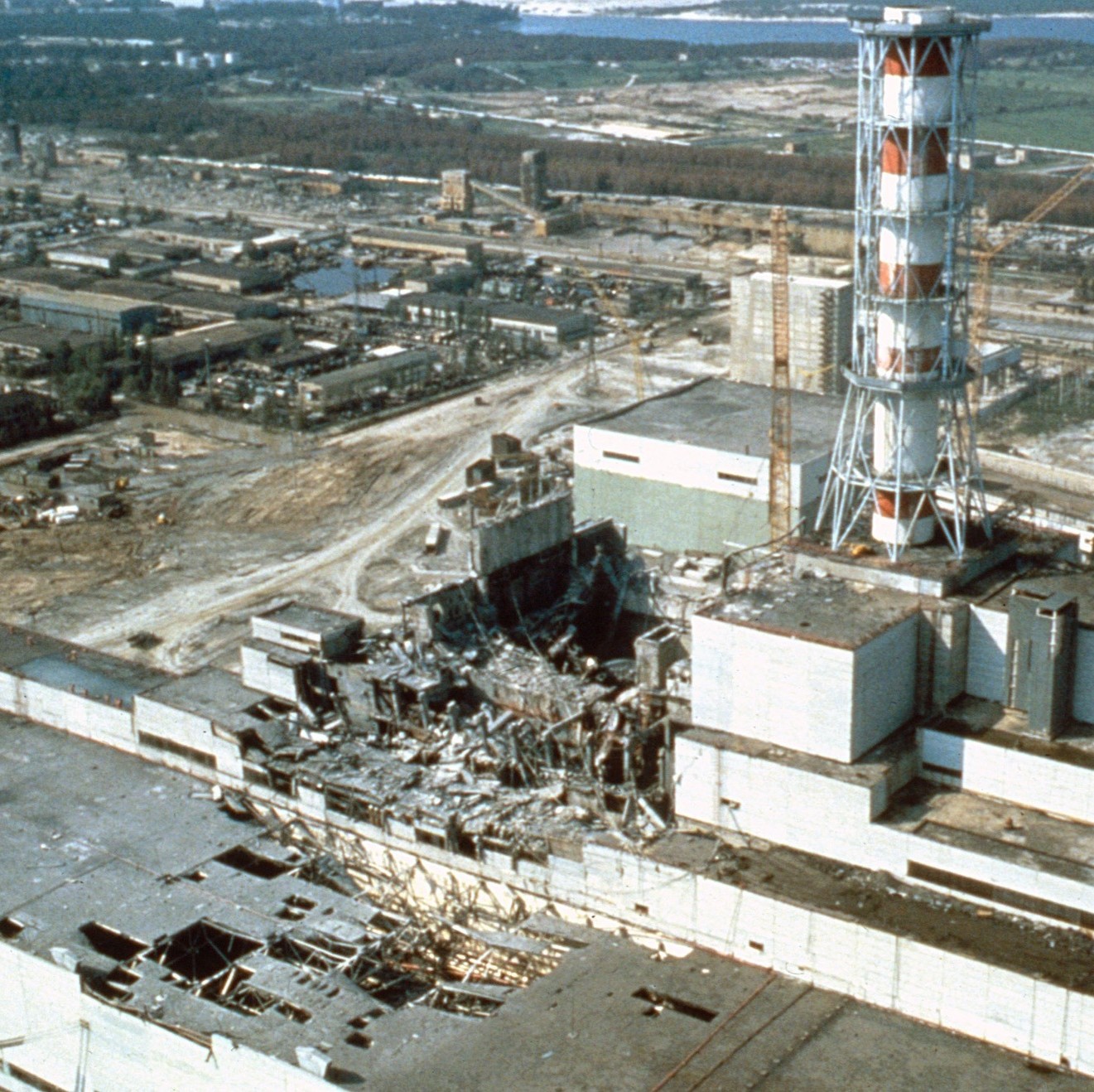 The accident occurred during a safety test on the steam turbine of an RBMK-type nuclear reactor. During a planned decrease of reactor power in preparation for the test, the power output unexpectedly dropped to near-zero. The operators were unable to restore the power level specified by the test program, which put the reactor in an unstable condition. This risk was not made evident in the operating instructions, so the operators proceeded with the test. Upon test completion, the operators triggered a reactor shutdown. But a combination of operator negligence and critical design flaws had made the reactor primed to explode. Instead of shutting down, an uncontrolled nuclear chain reaction began, releasing enormous amounts of energy.

The core melted down and two or more explosions ruptured the reactor core and destroyed the reactor building. This was immediately followed by an open-air reactor core fire. It released considerable airborne radioactive contamination for about nine days that precipitated onto parts of the USSR and Western Europe, before finally ending on 4 May 1986. Some 70% of fallout landed in Belarus, 16 kilometres (9.9 mi) away. The fire released about the same amount of contamination as the initial explosion. As a result of rising ambient radiation levels off-site, a 10-kilometre (6.2 mi) radius exclusion zone was created 36 hours after the accident. About 49,000 people were evacuated from the area, primarily from Pripyat. The exclusion zone was later increased to 30 kilometres (19 mi) when a further 68,000 people were evacuated from the wider area, and later it became the Chernobyl Exclusion Zone covering an area of approximately 2,600 km2 (1,000 sq mi).

The reactor explosion killed two engineers and severely burned two more. A massive emergency operation to put out the fire, stabilize the reactor, and clean up the ejected nuclear core began. During the immediate emergency response 134 station staff and firemen were hospitalized with acute radiation syndrome due to absorbing high doses of ionizing radiation. Of these 134 people, 28 died in the days to months afterward and approximately 14 suspected radiation-induced cancer deaths followed within the next 10 years.

Chernobyl's health effects to the general population are uncertain. An excess of 15 childhood thyroid cancer deaths were documented as of 2011. A United Nations committee found that to date fewer than 100 deaths have resulted from the fallout. Determining the total eventual number of exposure related deaths is uncertain based on the linear no-threshold model, a contested statistical model. Model predictions of the eventual total death toll in the coming decades vary. The most robust studies predict 4,000 fatalities when solely assessing the three most contaminated former Soviet states, to about 9,000 to 16,000 fatalities when assessing the whole of Europe.

The USSR built the protective Chernobyl Nuclear Power Plant sarcophagus by December 1986. It reduced the spread of radioactive contamination from the wreckage and protected it from weathering. It also provided radiological protection for the crews of the undamaged reactors at the site, which were restarted in late 1986 and 1987. Due to the continued deterioration of the sarcophagus, it was further enclosed in 2017 by the Chernobyl New Safe Confinement. This larger enclosure allows the removal of both the sarcophagus and the reactor debris, while containing the radioactive hazard. Nuclear clean-up is scheduled for completion in 2065. 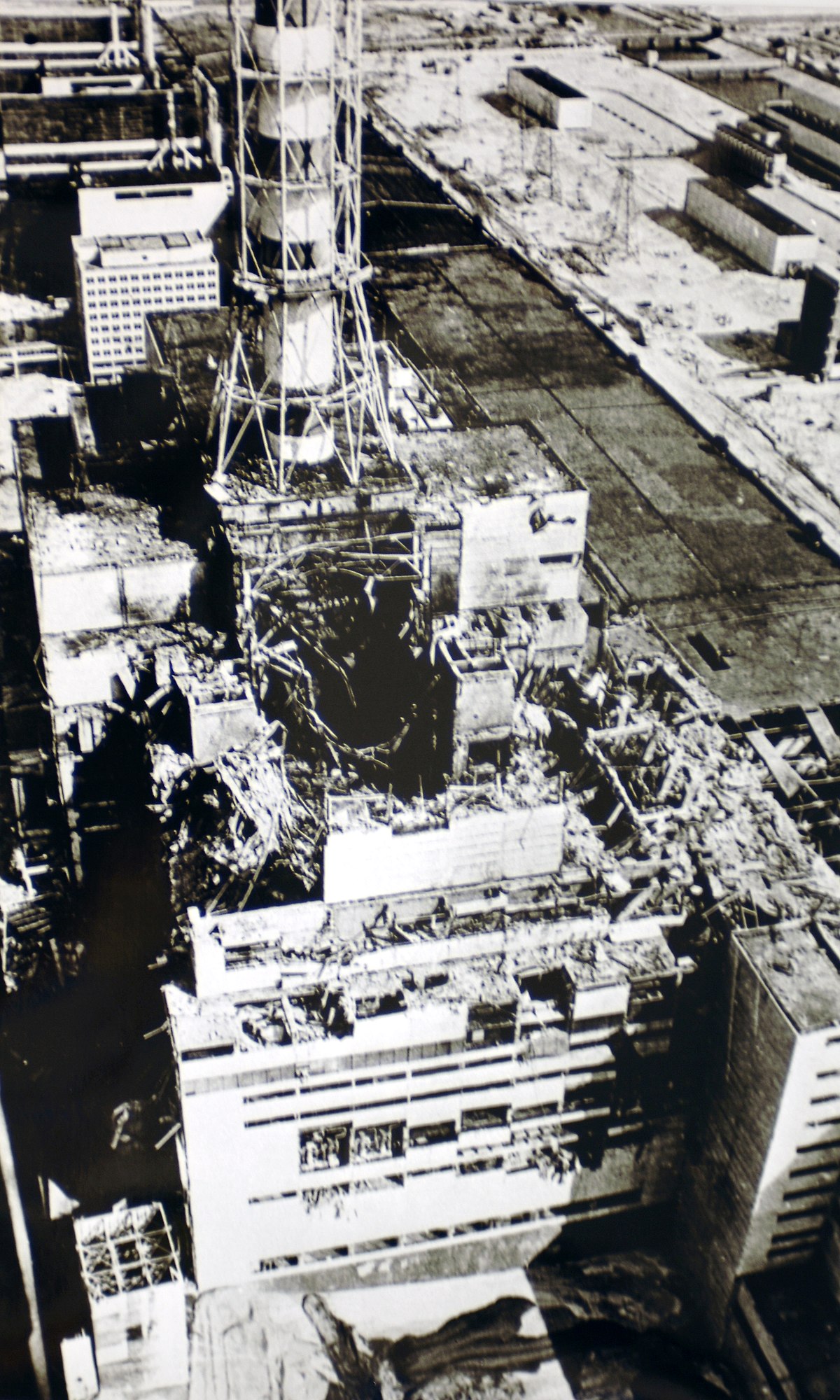