Tagline: The good news is, Jonathan's having his first affair. The bad news is, she's his roommate's mother!

Plot: Naive Midwestern prep student Jonathan bonds with his more worldly roommate, Skip, who takes the small-town boy under his wing. At Skip's urging, the inexperienced Jonathan is emboldened to seek out older women in the cocktail lounges of nearby Chicago, where he meets and beds the alluring Ellen, who unfortunately turns out to be Skip's mother. The division between the friends is further deepened when a cheating scandal engulfs the school. 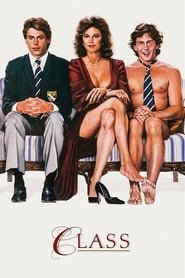