Tagline: They eat so fast, you don't have time to scream.

Plot: A massive ball of furry creatures from another world eat their way through a small mid-western town followed by intergalactic bounty hunters opposed only by militant townspeople. 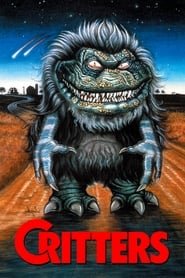