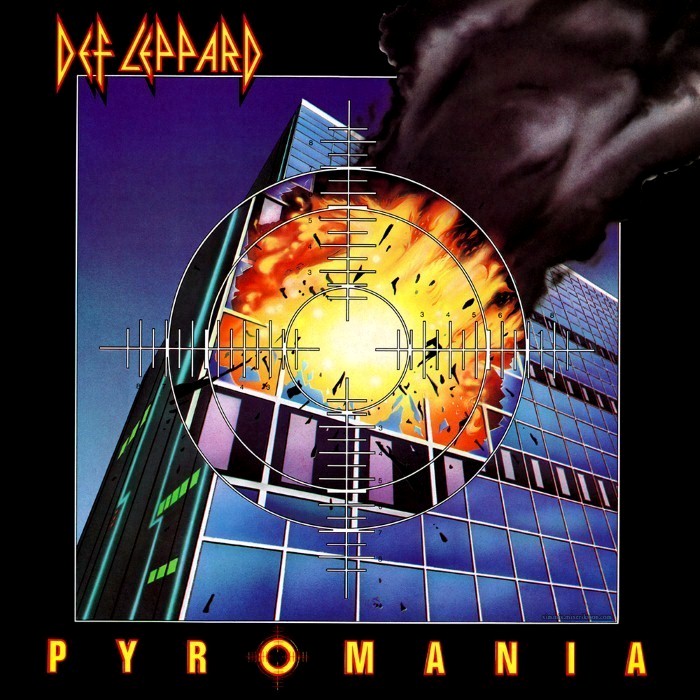 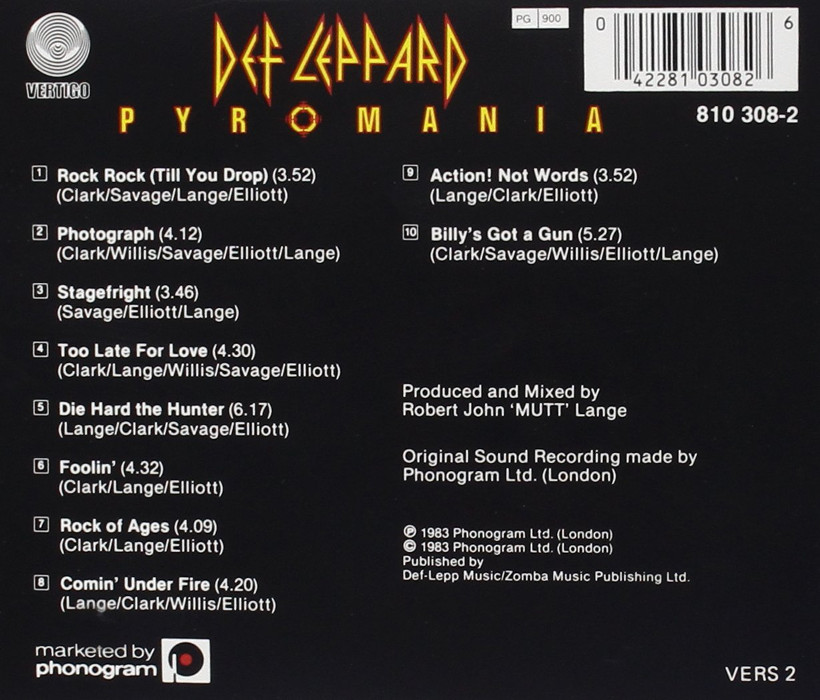 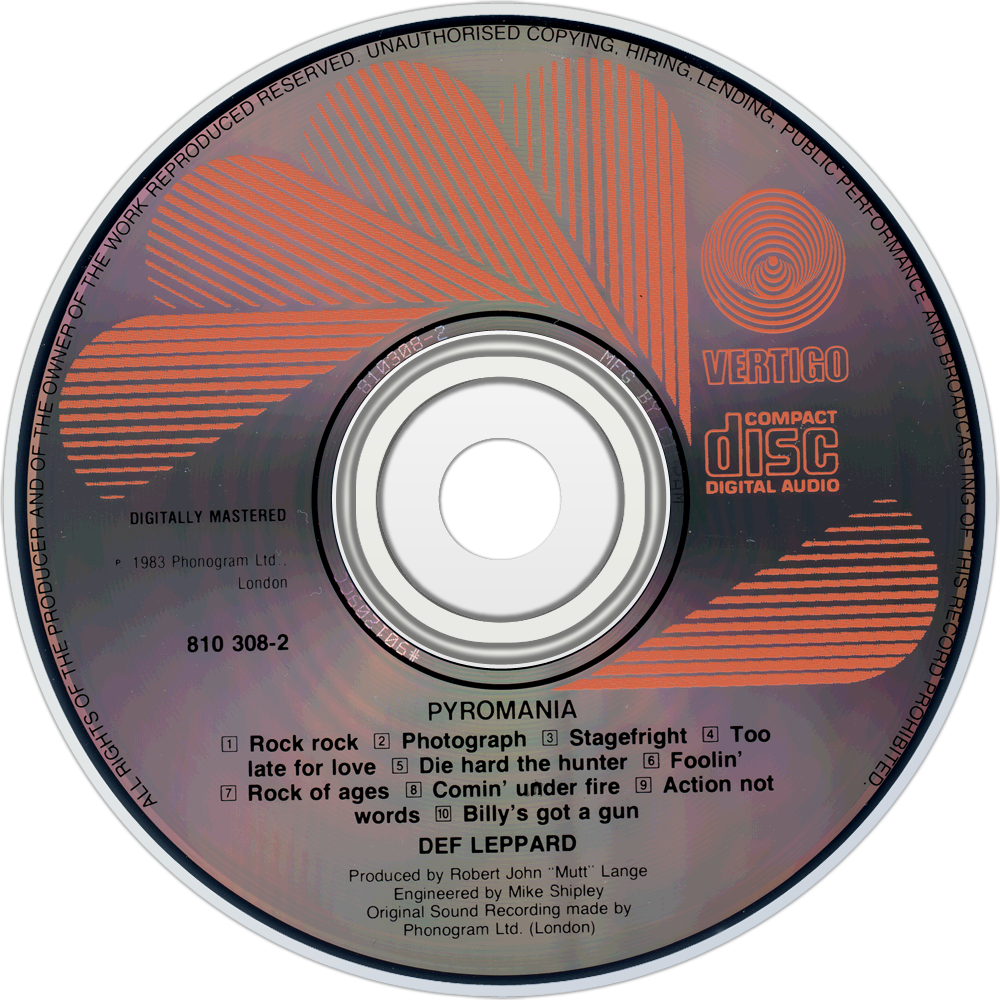 Overview:
Pyromania is the third studio album by British rock band Def Leppard, released on 20 January 1983. It featured new guitarist Phil Collen and was produced by Robert John "Mutt" Lange. The album charted at #2 on the Billboard 200 and #18 on the UK Albums Chart. It was a huge success, selling over ten million copies in the US, and thus being certified diamond by the RIAA.

The album was partially recorded with original guitarist Pete Willis, whose rhythm guitar tracks appear on all songs. Midway through the recording sessions, Willis was fired for excessive alcohol abuse and replaced by Phil Collen, who contributed guitar solos and other parts that had not yet been recorded by Willis. On the original LP release, Willis is visible in the background of the photograph of singer Joe Elliott, while Collen is given his own personal photo as the new full-time member of the group.

With its melodic hooks (and heavy MTV exposure) Pyromania became a massive success, and was the catalyst for the 1980s pop-metal movement. The album has sold over ten million copies in the US where it is certified diamond. Three songs, "Photograph", "Rock of Ages" and "Foolin'", became top 40 singles in the US. In 2004, the album ranked #384 on Rolling Stone's 500 Greatest Albums of All Time. In 2006, Q magazine placed the album at #35 in its list of "40 Best Albums of the '80s"

Staff member
Definitely one of the best albums from the era!