Defenders of the Earth

Overview: Defenders of the Earth is an American animated television series produced in 1986, featuring characters from three comic strips distributed by King Features Syndicate—Flash Gordon, The Phantom, and Mandrake the Magician—opposing Ming the Merciless in the year 2015. Supporting characters include their children Rick Gordon, Jedda Walker, Kshin, Mandrake's assistant Lothar, and Lothar's son L.J. The show lasted for 65 episodes; there was also a short-lived comic book series published by Star Comics, created by Gerry Conway, Ross Andru and John Romita, Sr.. The closing credits credit Rob Walsh and Tony Pastor for the main title music, and Stan Lee for the lyrics. The series was later shown in reruns on the Sci Fi Channel as part of Sci Fi Cartoon Quest. 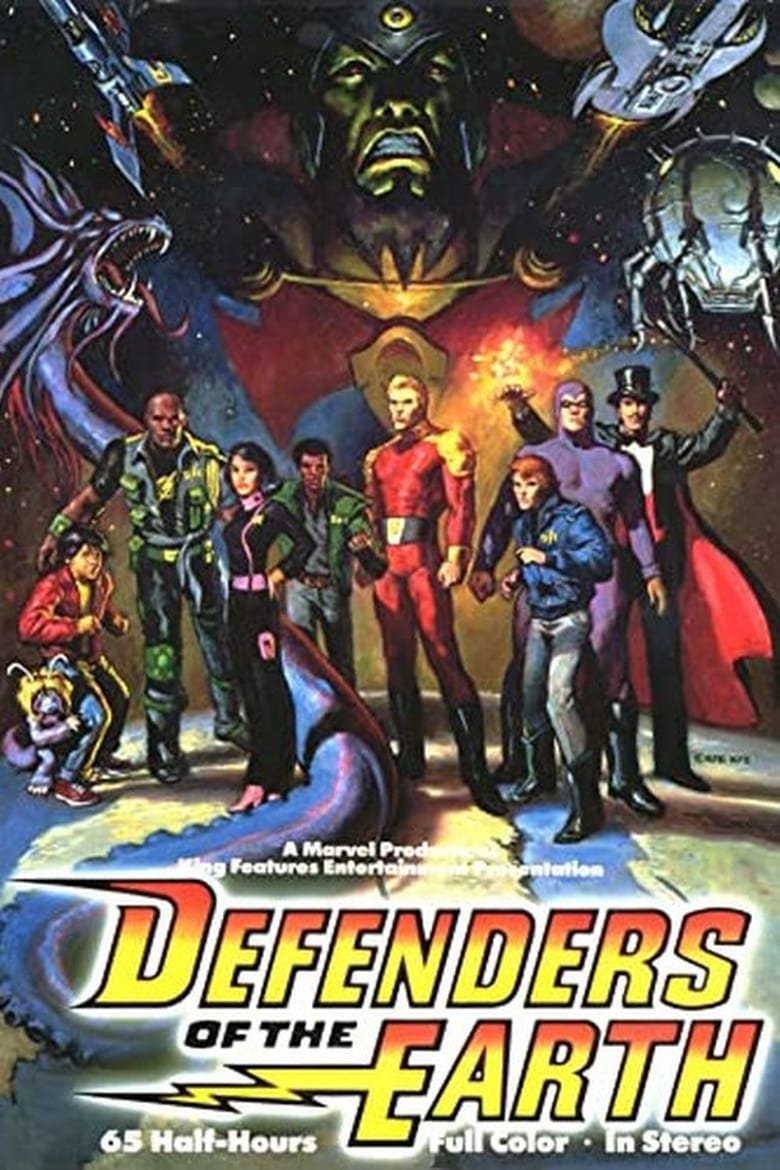