Overview: Dinosaucers is an animated television series co-produced in the United States and Canada. It was created by DIC Entertainment which has done the overseas animation and in association with Ellipse Programmé and Nelvana. This animated program originally aired in syndication in the USA in 1987 by Coca-Cola Telecommunications. 65 total episodes were made throughout the show's broadcasting, but it only lasted one season during the 1987-1988 television season. The show's first 21 episodes can be purchased individually by episode or as a set from online retailer Amazon.com. There were originally plans by Galoob to release a Dinosaucers toyline, and prototype figures were produced; however, the line was scrapped after the show was canceled. The toys included Stego, Bronto-Thunder, Allo, Bonehead, Plesio, Quackpot, Ankylo, and Genghis Rex. 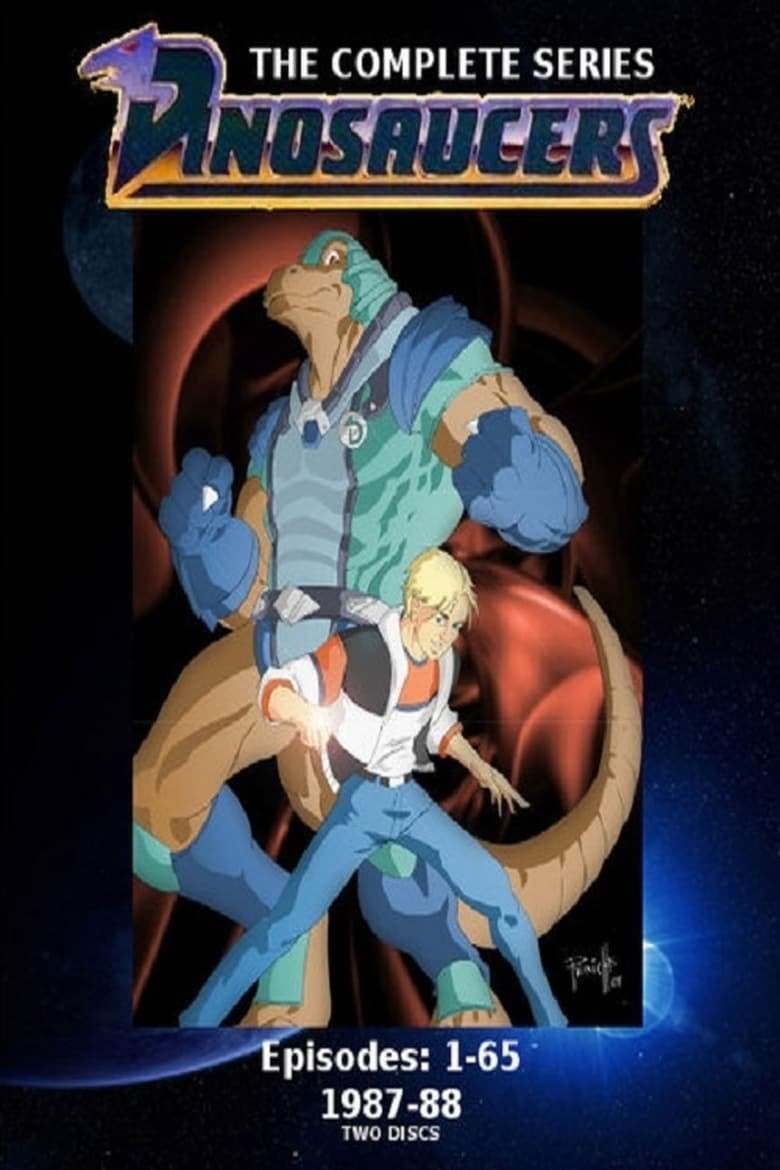