Plot: Fletch is a fish out of water in small-town Louisiana, where he's checking out a tumbledown mansion he's inherited. When a woman he flirts with turns up dead, he becomes a suspect and must find the killer and clear his name. 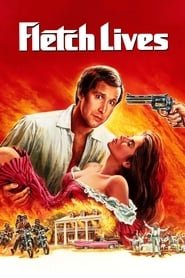 They Live (1988)
Tagline: You see them on the street. You watch them on TV. You might even vote for one this fall. You think they're people just like you. You're wrong. Dead wrong.
Genre: Science Fiction, Action
Runtime: 94
Release: 1988-11-23