Tagline: There are some very good reasons to be afraid of the dark.

Plot: Charley Brewster, a high school student, accidentally discovers the true and creepy nature of Jerry Dandrige, his dashing and enigmatic new neighbor; but no one seems willing to believe him. 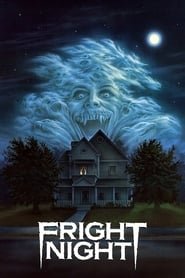