Tagline: Just because Jonathan's fallen in love with a piece of wood, it doesn't make him a dummy.

Plot: Jonathan Switcher, an unemployed artist, finds a job as an assistant window dresser for a department store. When Jonathan happens upon a beautiful mannequin he previously designed, she springs to life and introduces herself as Emmy, an Egyptian under an ancient spell. Despite interference from the store's devious manager, Jonathan and his mannequin fall in love while creating eye-catching window displays to keep the struggling store in business. 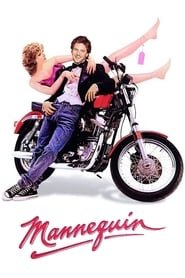