Plot: Mark wants to lose his virginity, but his girlfriend wants to wait. Unfortunately for both of them, a 400-year-old vampire Countess needs to turn a virgin into a vampire before Halloween in order to preserve her own youthful appearance, and when she finds Mark, she turns his life upside-down. 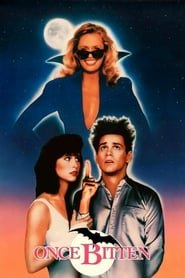