Overview: Police Academy: The Series, also known as Police Academy: The Animated Series, is a 1988 American animated television series based on the Police Academy series of films. The show was produced by Ruby-Spears Productions for Warner Bros. Television. It aired weekdays and lasted two seasons for a total of 65 episodes. Some episodes feature a crime boss named Kingpin. His keen intelligence, girth, and stature are very similar to the Marvel Comics character of the same name. Other new characters were added to the show as well. Among them were a group of talking police dogs called the Canine Corps. They were made up of Samson, Lobo, Bonehead, Chilipepper, and Schitzy. The theme song is performed by the Fat Boys who also make an appearance in two episodes as House's Friends: Big Boss, Cool and Mark. While the character of Carey Mahoney did appear in the show, he did not appear in either Police Academy 5: Assignment Miami Beach, Police Academy 6: City Under Siege, and Police Academy: Mission to Moscow. 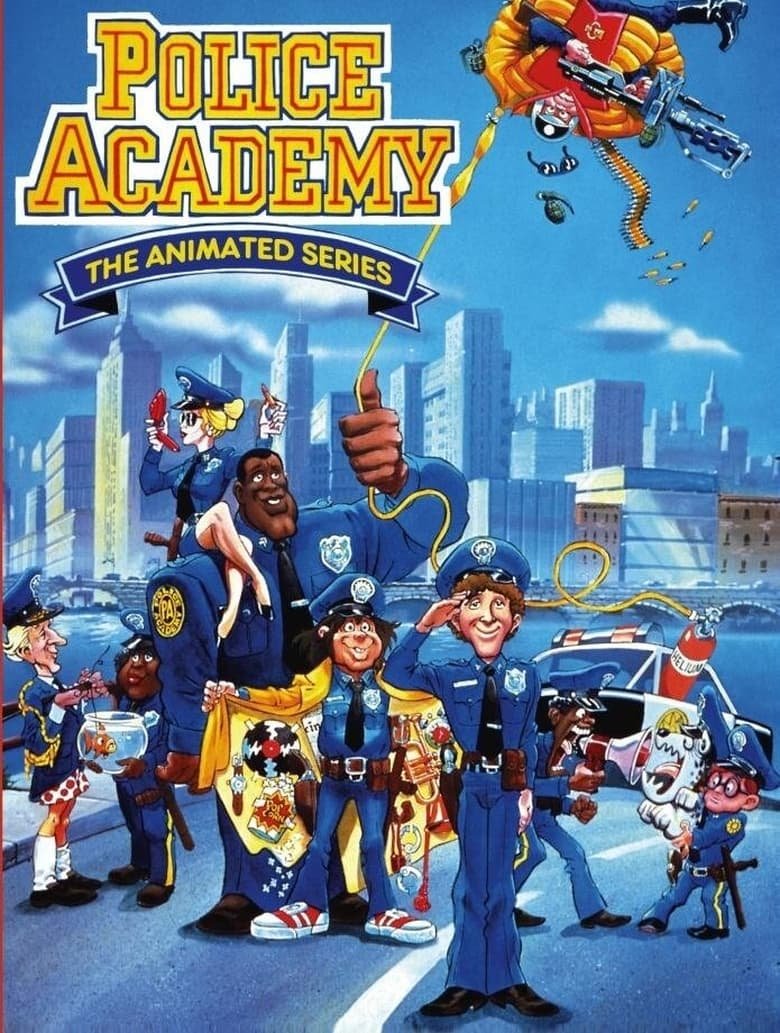