Tagline: Roxanne dreamed of a handsome, intelligent, romantic man. C.D. Bales is two out of three… but looks aren't everything!

Plot: Based on the play 'Cyrano de Bergerac', large-nosed C.D. Bales falls for the beautiful Roxanne—while she falls for his personality but another man's looks. 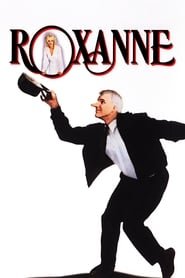