Overview: Shadow Chasers is a 1985 American mystery television series created by Brian Grazer and Kenneth Johnson. Thirteen episodes were produced, nine of which were shown on the ABC television network, the remaining four on the Armed Forces Network. It debuted on November 14, 1985, and was produced by Warner Brothers Television. Shadow Chasers features strait-laced British anthropologist Jonathan MacKensie, who is blackmailed by his department head, Dr. Julianna Moorhouse of the fictional Georgetown Institute Paranormal Research Unit, into investigating a supposed "haunting" involving a teenage boy in return for a research grant. He paired up with flamboyant tabloid reporter Edgar "Benny" Benedek in an attempt to short-cut the time involved, and over Moorhouse's objections. Benny and Jonathan did not get along, but managed to solve the case without killing each other. The episodes continued in this vein, with Jonathan and Benny grudgingly learning to respect and admire each other in typical Odd Couple fashion. Only nine episodes were shown in the U.S. Four others were only shown overseas on the Armed Forces network during the original run of the series. The pilot has often rerun on cable, particularly on the Mystery Channel. 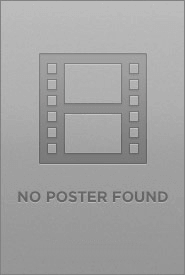