Plot: After the death of his son, travel writer Macon Leary seems to be sleep walking through life. Macon's wife is having similar problems. They separate, and Macon meets a strange, outgoing woman who brings him 'back down to earth', but his wife soon thinks their marriage is still worth another try. 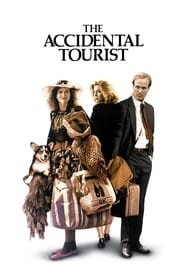