Plot: The Towani family civilian shuttlecraft crashes on the forest moon of Endor. The four Towani's are separated. Jermitt and Catarine, the mother and father are captured by the giant Gorax, and Mace and Cindel, the son and daughter, are missing when they are captured. The next day, the Ewok Deej is looking for his two sons when they find Cindel all alone in the shuttle (Mace and Cindel were looking for the transmitter to send a distress call), when Mace appears with his emergency blaster. Eventually, the four-year old Cindel is able to convince the teenage Mace that the Ewoks are nice. Then, the Ewoks and the Towani's go on an adventure to find the elder Towanis. 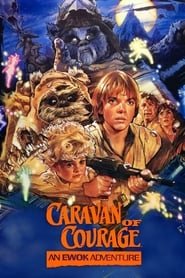 Remo Williams: The Adventure Begins (1985)
Tagline: A hero who doesn't exist must save America from an enemy we never knew we had.
Genre: Comedy, Action, Adventure, Thriller
Runtime: 121
Release: 1985-10-11