Tagline: She was lost from the moment she saw him.

Plot: In this story-within-a-story, Anna is an actress starring opposite Mike in a period piece about the forbidden love between their respective characters, Sarah and Charles. Both actors are involved in serious relationships, but the passionate nature of the script leads to an off-camera love affair as well. While attempting to maintain their composure and professionalism, Anna and Mike struggle to come to terms with their infidelity. 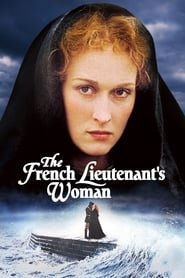