Plot: On a stormy night, young Jim, who transports a luxury car from Chicago to California to deliver it to its owner, feeling tired and sleepy, picks up a mysterious hitchhiker, who has appeared out of nowhere, thinking that a good conversation will help him not to fall asleep. He will have enough time to deeply regret such an unmeditated decision. 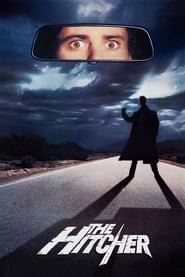