The Unbearable Lightness of Being (1988)

Staff member
Title: The Unbearable Lightness of Being (1988)

Plot: Successful surgeon Tomas leaves Prague for an operation, meets a young photographer named Tereza, and brings her back with him. Tereza is surprised to learn that Tomas is already having an affair with the bohemian Sabina, but when the Soviet invasion occurs, all three flee to Switzerland. Sabina begins an affair, Tom continues womanizing, and Tereza, disgusted, returns to Czechoslovakia. Realizing his mistake, Tomas decides to chase after her. 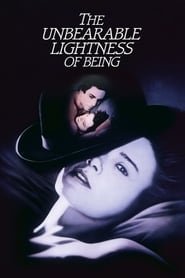