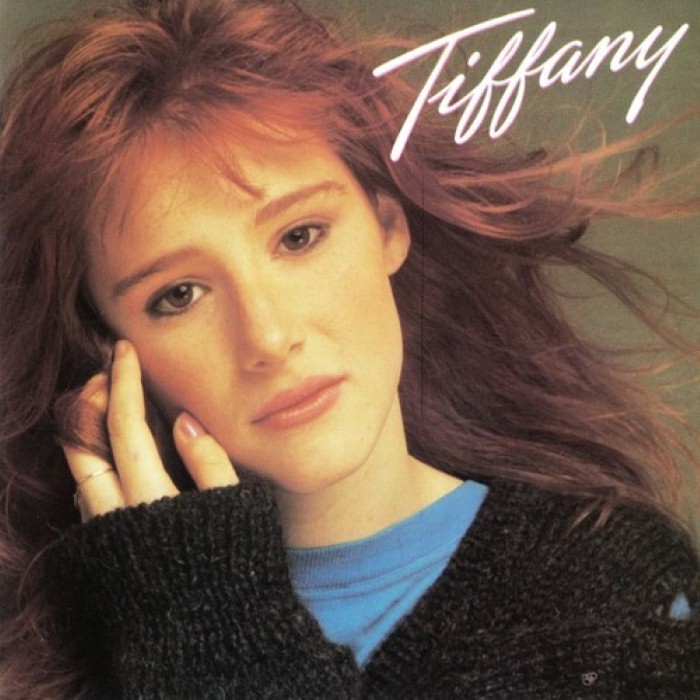 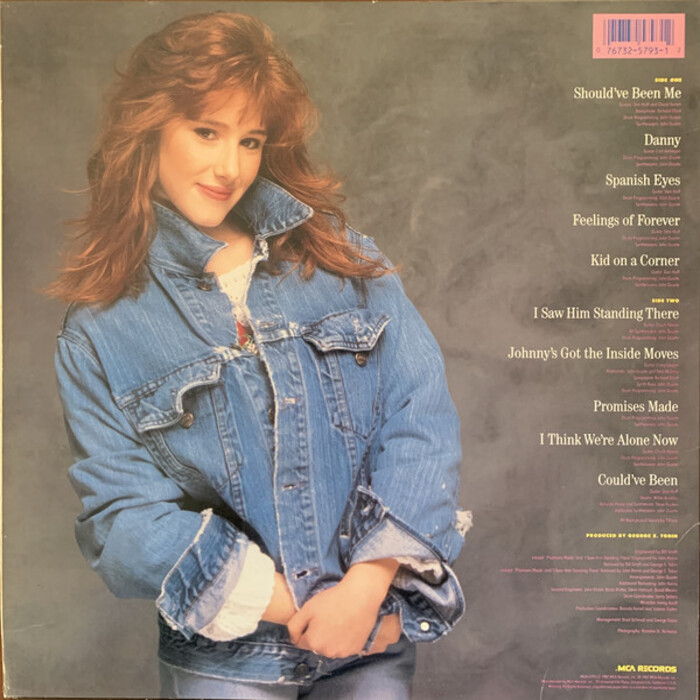 Overview:
Tiffany is the eponymous debut album by American pop singer Tiffany, released in May 1987. Tiffany had begun working with manager/producer George Tobin several years earlier, with some of the tracks recorded as early as when she was 12 years old, in 1984.
As a novel means of promoting the album and artist, Tiffany was sent on a "shopping mall tour" which was called "The Beautiful You: Celebrating The Good Life Shopping Mall Tour '87". Tiffany's tour included performances in various malls across the United States, at first to small, indifferent audiences, but by the end to large crowds as her fame grew.
The album's first single, "Danny", failed to chart, and radio stations began to play Tiffany's cover of the Tommy James & the Shondells hit from 20 years earlier, "I Think We're Alone Now", and was quickly released as a single, becoming Tiffany's first #1 hit in both the United States and the UK. It was followed up by "Could've Been", her second US#1, also reaching #1 on the US adult contemporary chart. On the strength of these hit singles, the album climbed to #1 on the Billboard album chart, replacing George Michael's "Faith". Tiffany's rendition of the Lennon-McCartney standard "I Saw Her Standing There" as "I Saw Him Standing There", provided a final hit from the album. Over 4.1 million copies have been sold in the U.S. alone.
The album's final single, "Feelings of Forever", didn't reach the Top 40 on the US Billboard Hot 100 or the UK Singles Chart and critics, who labelled Tiffany as a "manufactured pop star" from the beginning, were quick to say that her newly-erected career was faltering, though it would be another year before her popularity would further wane. Although, Tiffany's second album, 1988's Hold an Old Friend's Hand, went platinum and yielded the US Top Ten single, "All This Time".
Share:
Facebook Twitter Reddit Pinterest Tumblr WhatsApp Email Share Link
Top