Tagline: A lot of TV stations have forgotten what "quality" means, but not Channel 62. They NEVER knew what it meant.

Plot: The eccentric new manager of a UHF television channel tries to save the station from financial ruin with an odd array of programming. 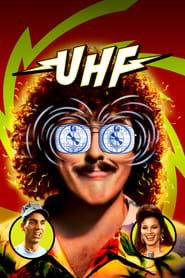