Tagline: He can fly a jet, race a car and outsmart a computer. The government created him and now they want him destroyed.

Plot: Daryl is a normal 10-year-old boy in many ways. However, unbeknown to his foster parents and friends, Daryl is actually a government-created robot with superhuman reflexes and mental abilities. Even his name has a hidden meaning -- it's actually an acronym for Data Analyzing Robot Youth Life-form. When the organization that created him deems the "super soldier" experiment a failure and schedules Daryl to be disassembled, it is up to a few rogue scientists to help him escape. 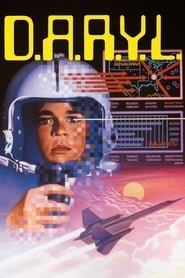