Overview: Spiral Zone is a 1987 American science-fiction animated series produced by Atlantic-Kushner-Locke. Based in part from a toy line made by Japanese company Bandai, the series focused on an international group of soldiers fighting to free the world from a scientist who controls much of the Earth's surface. It only ran for one season, with a total count of 65 episodes. Tonka acquired the license from Bandai and created a different treatment to the series, plus a short-lived toy line. Spiral Zone is known among fans as a series that stood out from other contemporary cartoons of the 80s because of its dark story. The series has not been officially released on DVD by Hasbro, who had acquired Tonka in the 90s, including all the copyrights to their properties. 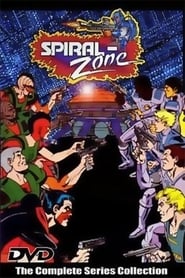