Tagline: He didn't find his dreams... his dreams found him.

Plot: A video game expert Alex Rogan finds himself transported to another planet after conquering The Last Starfighter video game only to find out it was just a test. He was recruited to join the team of best Starfighters to defend their world from the attack. 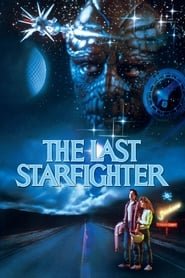