Tagline: Before a lifetime of adventure, they lived the adventure of a lifetime.

Plot: Sherlock Holmes and Dr. Watson meet as boys in an English Boarding school. Holmes is known for his deductive ability even as a youth, amazing his classmates with his abilities. When they discover a plot to murder a series of British business men by an Egyptian cult, they move to stop it. 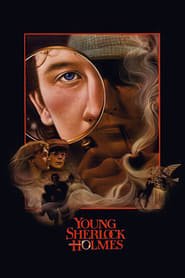