The Kids in the Hall

Staff member
Title: The Kids in the Hall

Overview: The Kids in the Hall is a Canadian sketch comedy group formed in 1984, consisting of comedians Dave Foley, Kevin McDonald, Bruce McCulloch, Mark McKinney, and Scott Thompson. Their eponymous television show ran from 1988 to 1994 on CBC in Canada, and 1989 to 1995 on CBS and HBO in the United States. The theme song for the show was the instrumental "Having an Average Weekend" by the Canadian band Shadowy Men on a Shadowy Planet. The troupe made one movie, Brain Candy, which was released in 1996. The troupe reformed for various tours and comedy festivals in 2000. They released an eight-part miniseries, Death Comes to Town in January, 2010. The name of the group came from Sid Caesar, who, if a joke didn't go over, or played worse than expected, would attribute it to "the kids in the hall", referring to a group of young writers hanging around the studio. 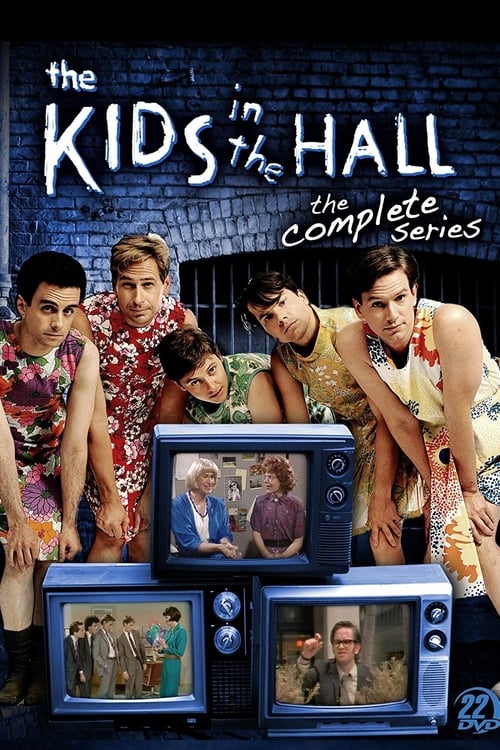