Overview: Popples was a Saturday morning cartoon, based on the Popples toys, that aired in the United States from 1986 to 1987. The pilot was a live-action Shelley Duvall special, in which they were puppets and marionettes; after this was well-received, it was decided to make a cartoon series with the same characters. The cartoon was produced by DIC Entertainment and LBS Communications in association with The Maltese Companies. Like the toys they're based on, the Popples resemble colorful teddy bears or rabbits with long, pompom-tipped tails, and they have pouches on their backs that can be everted so they resemble fuzzy balls. The name "Popple" is a reference to the popping sound they make when unfolding themselves from such a ball, or pulling objects from their pouches. In the cartoon Popples commonly pull large items from their pouches that couldn't possibly fit inside, which come from hammerspace; in "Popples Alley", one of the Popples' human friends looks inside one of their pouches and sees numerous objects floating in a void. Nine of the Popples live with a human brother and sister, Billy and Bonnie Wagner. Billy and Bonnie think they are the only kids who have Popples until a neighbor family moves in and they have their own Popples — the Rock Stars, Pufflings, and Babies. The Popples tend to come around and mess up whatever the kids are trying to do; e.g., if the kids are trying to brush their teeth, the Popples end up spilling water, toothpaste and soap all over the bathroom. If the kids are trying to clean their rooms, the Popples come along, mess up the room even worse and then help them get everything back to normal just in the nick of time. The plot revolved around the children's efforts to hide the existence of the Popples from the adults around them. 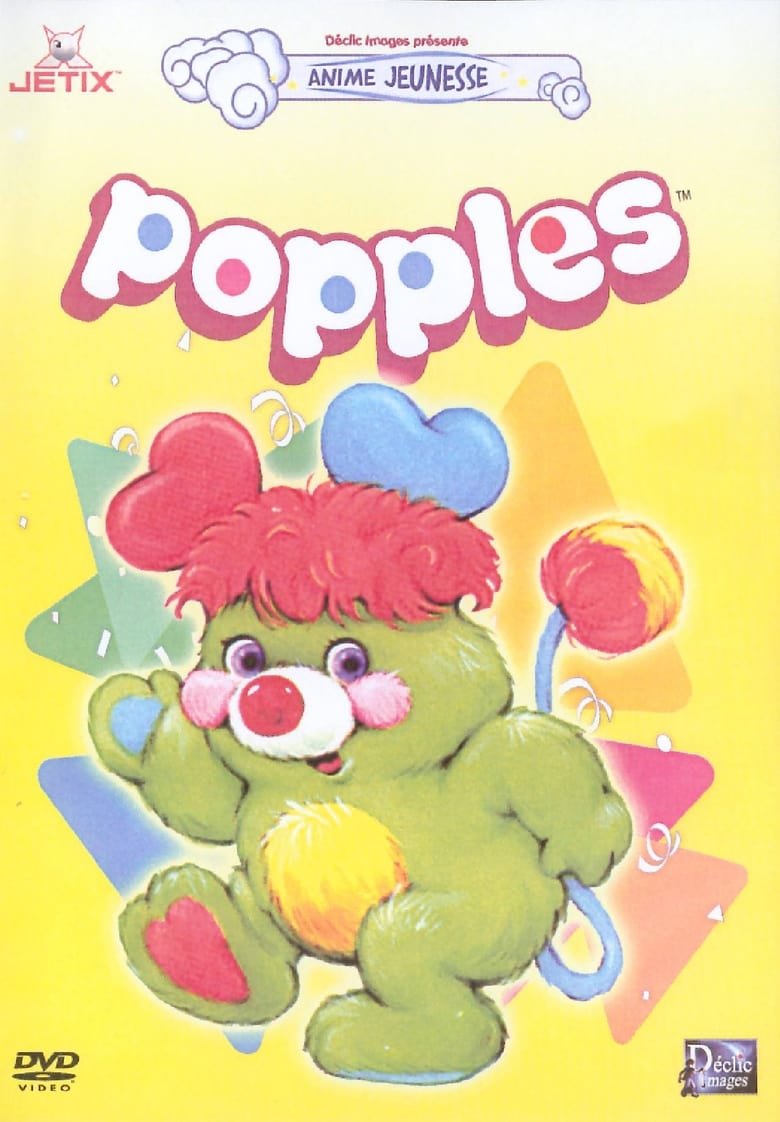